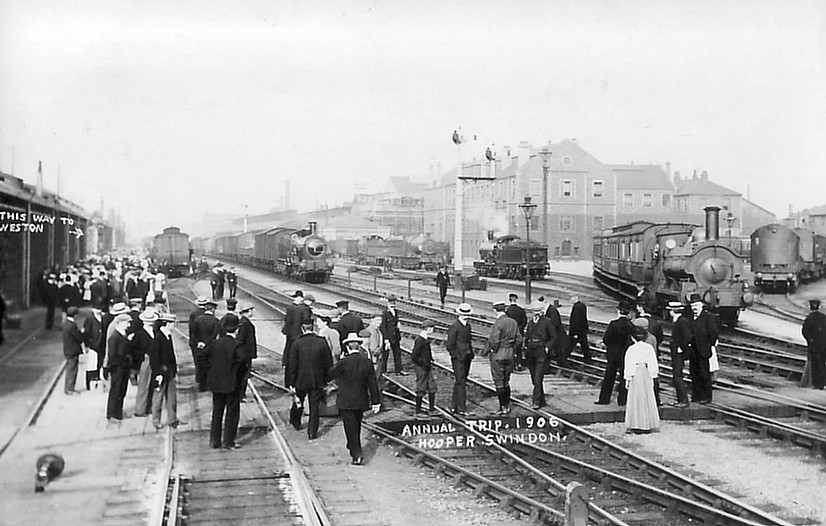 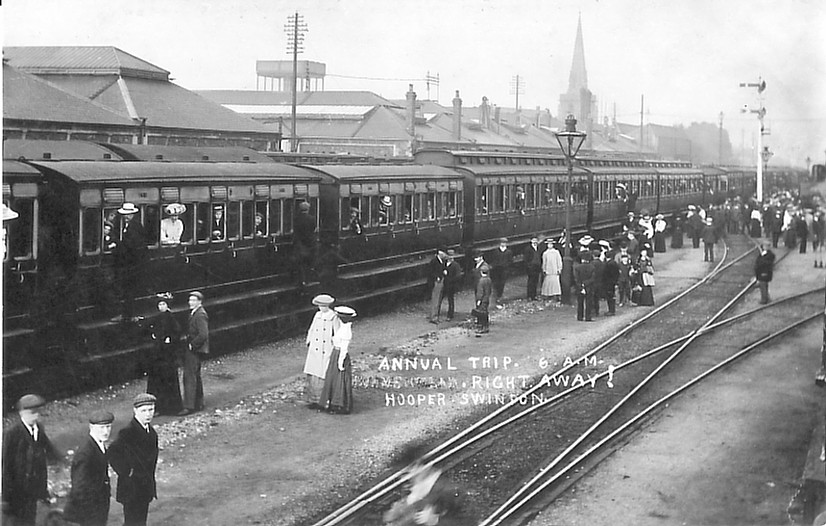 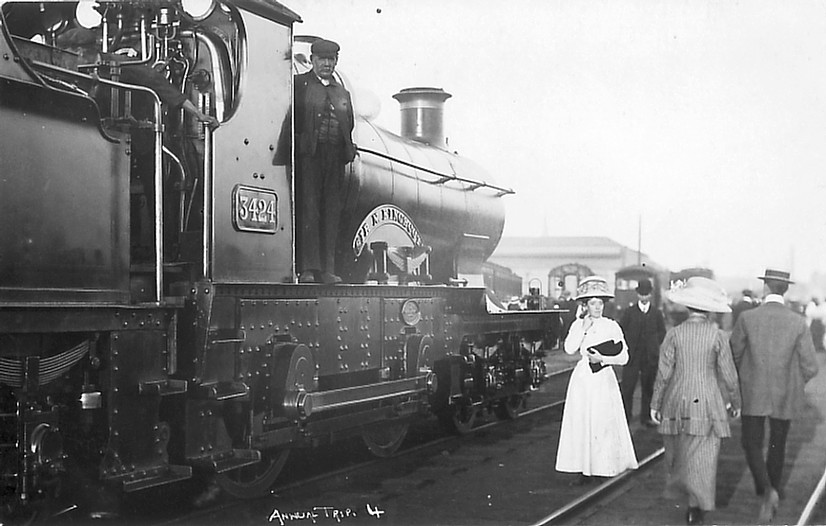 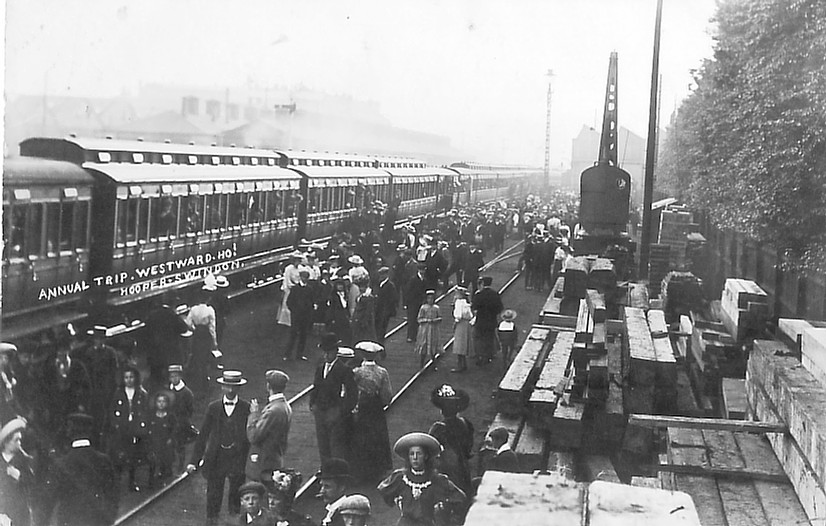 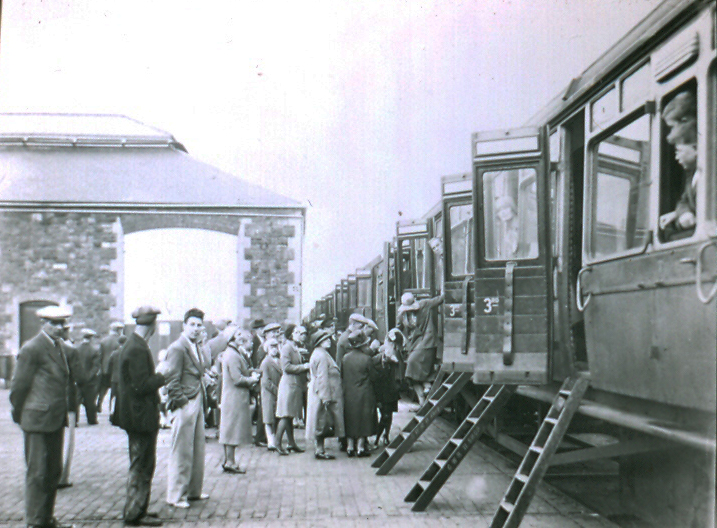 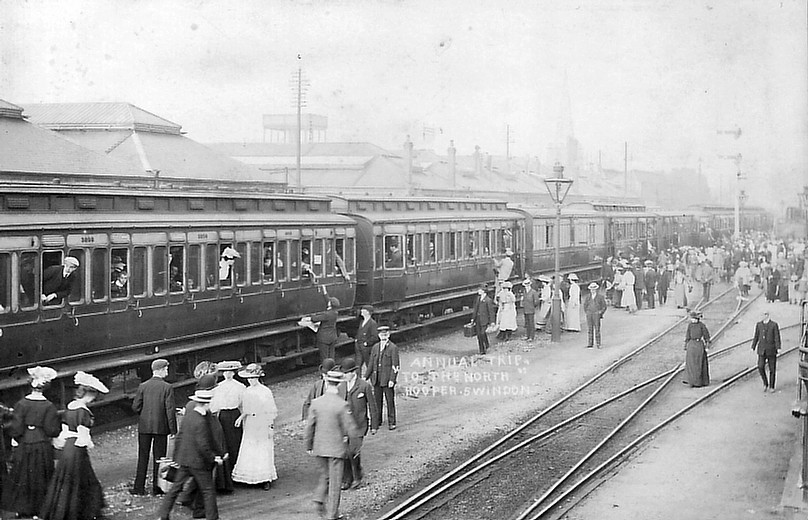 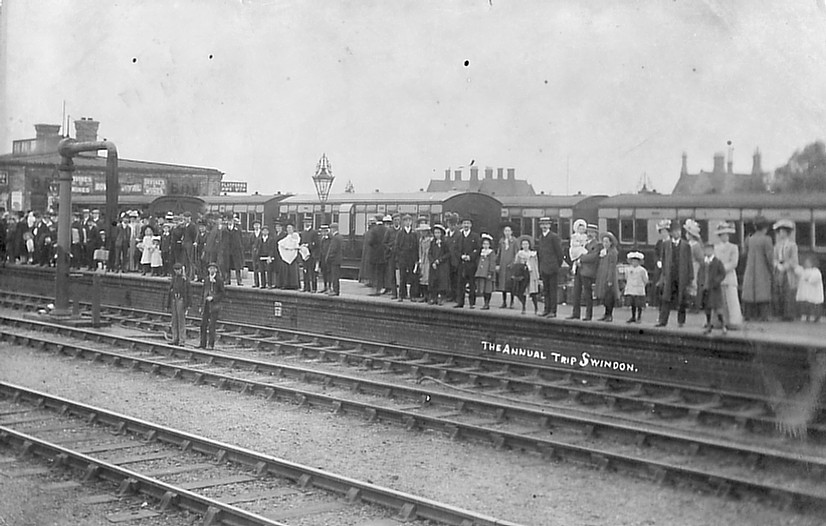 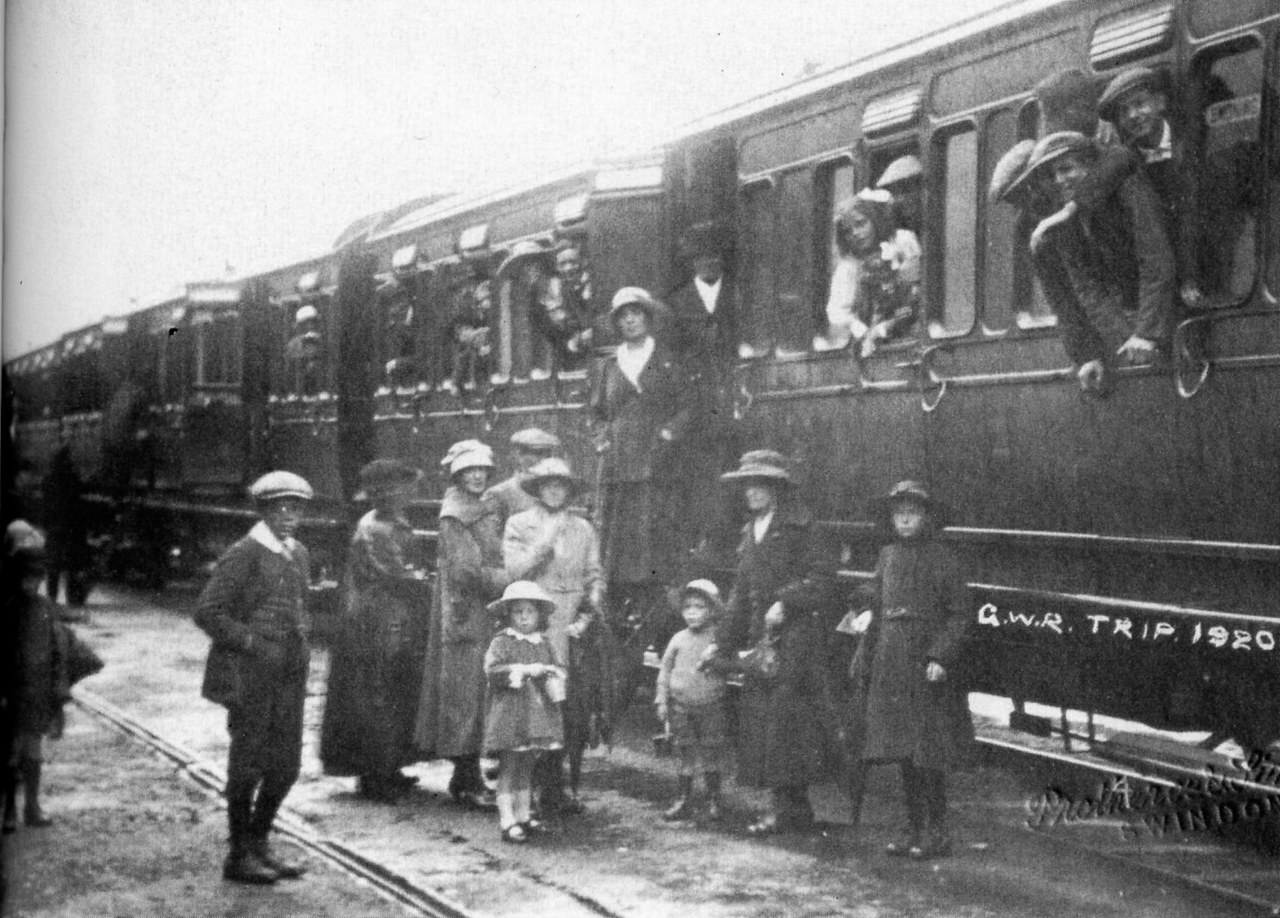 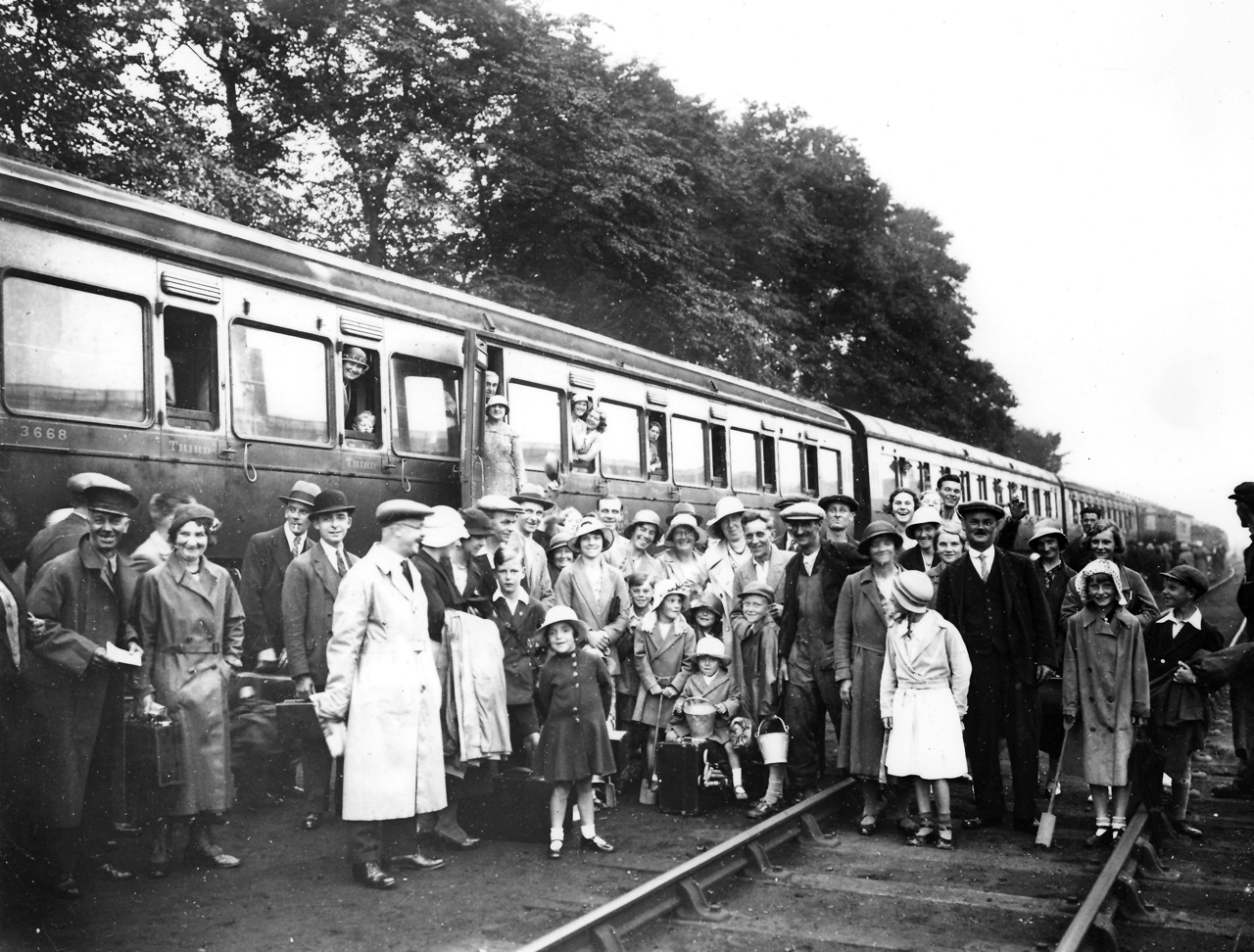 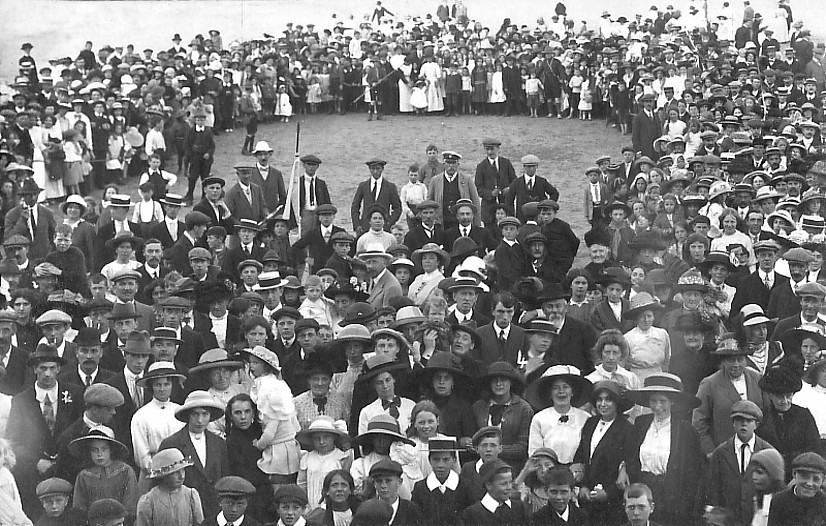 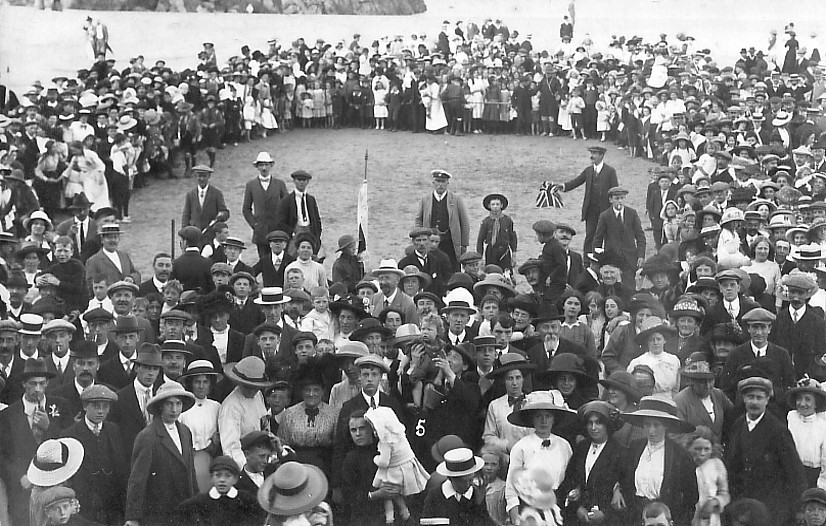 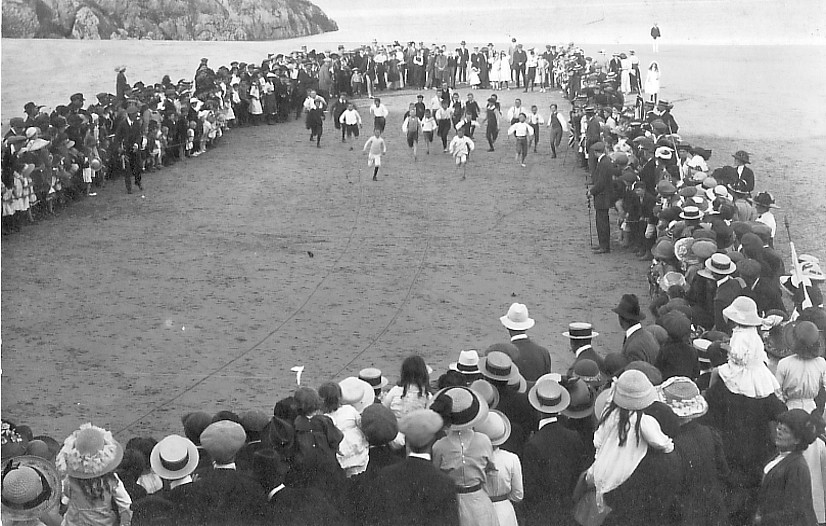 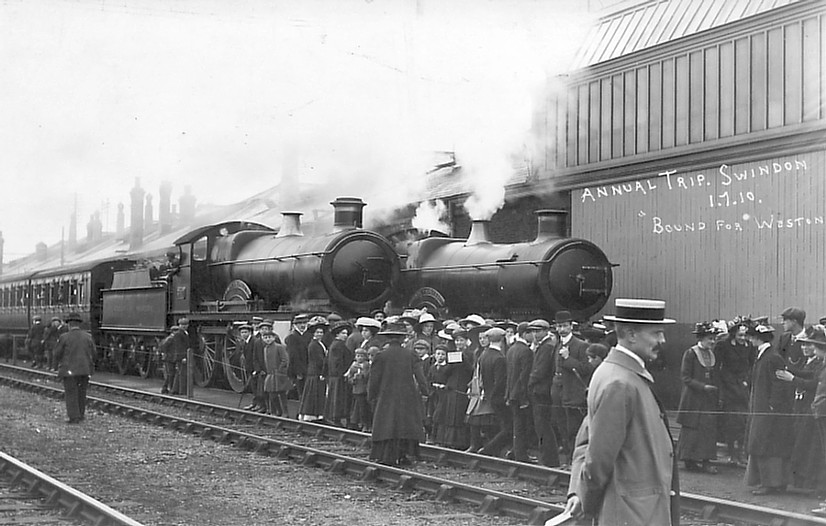 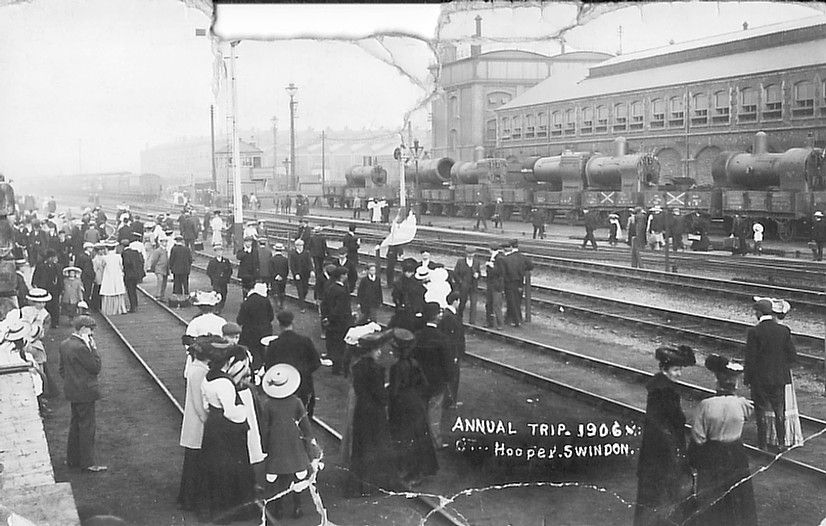 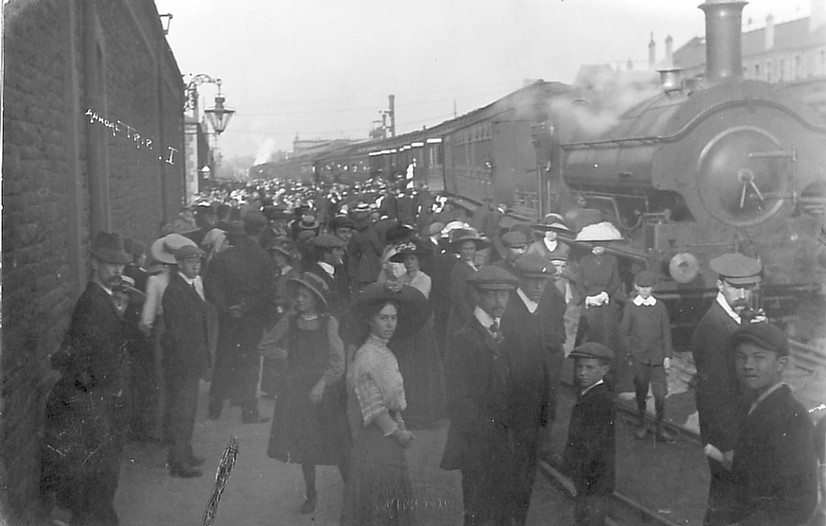 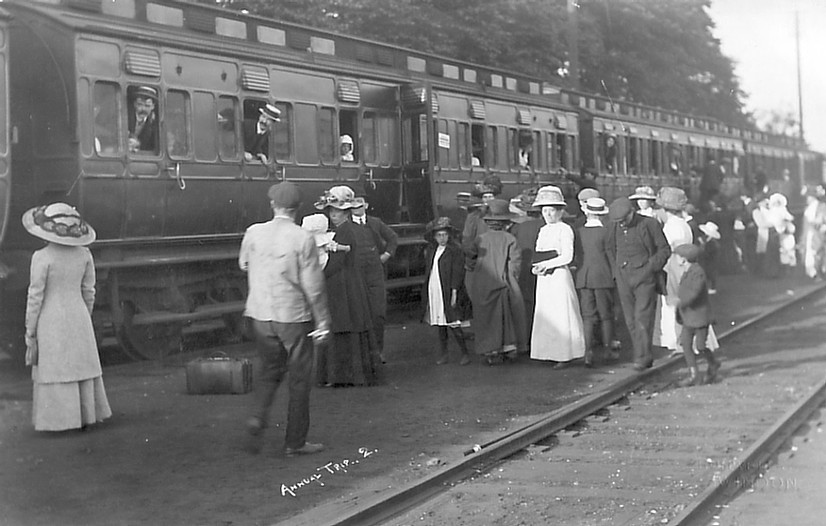 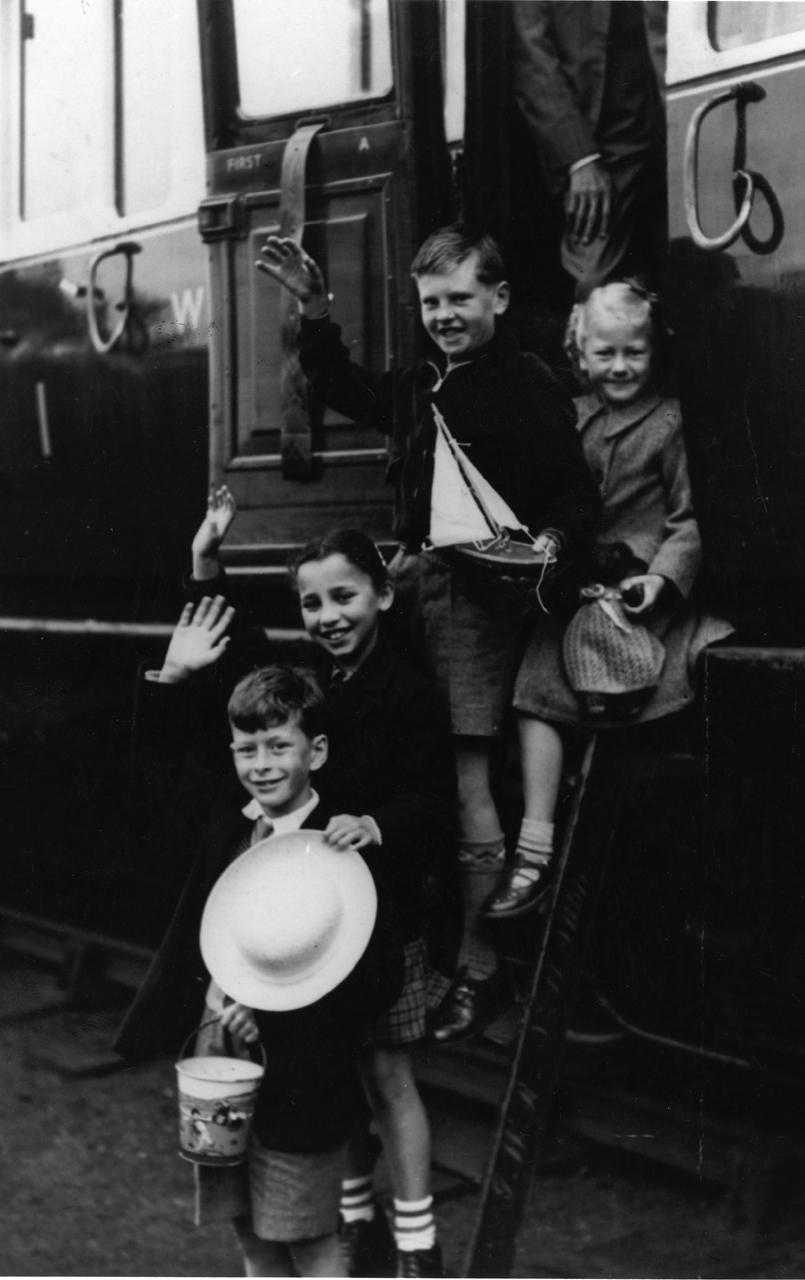 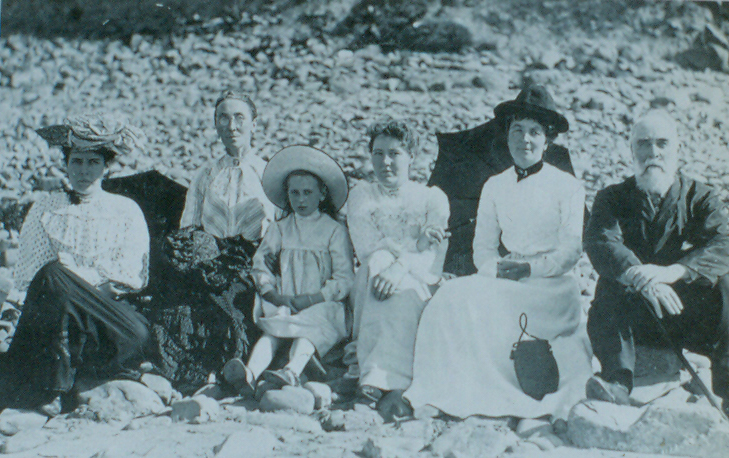 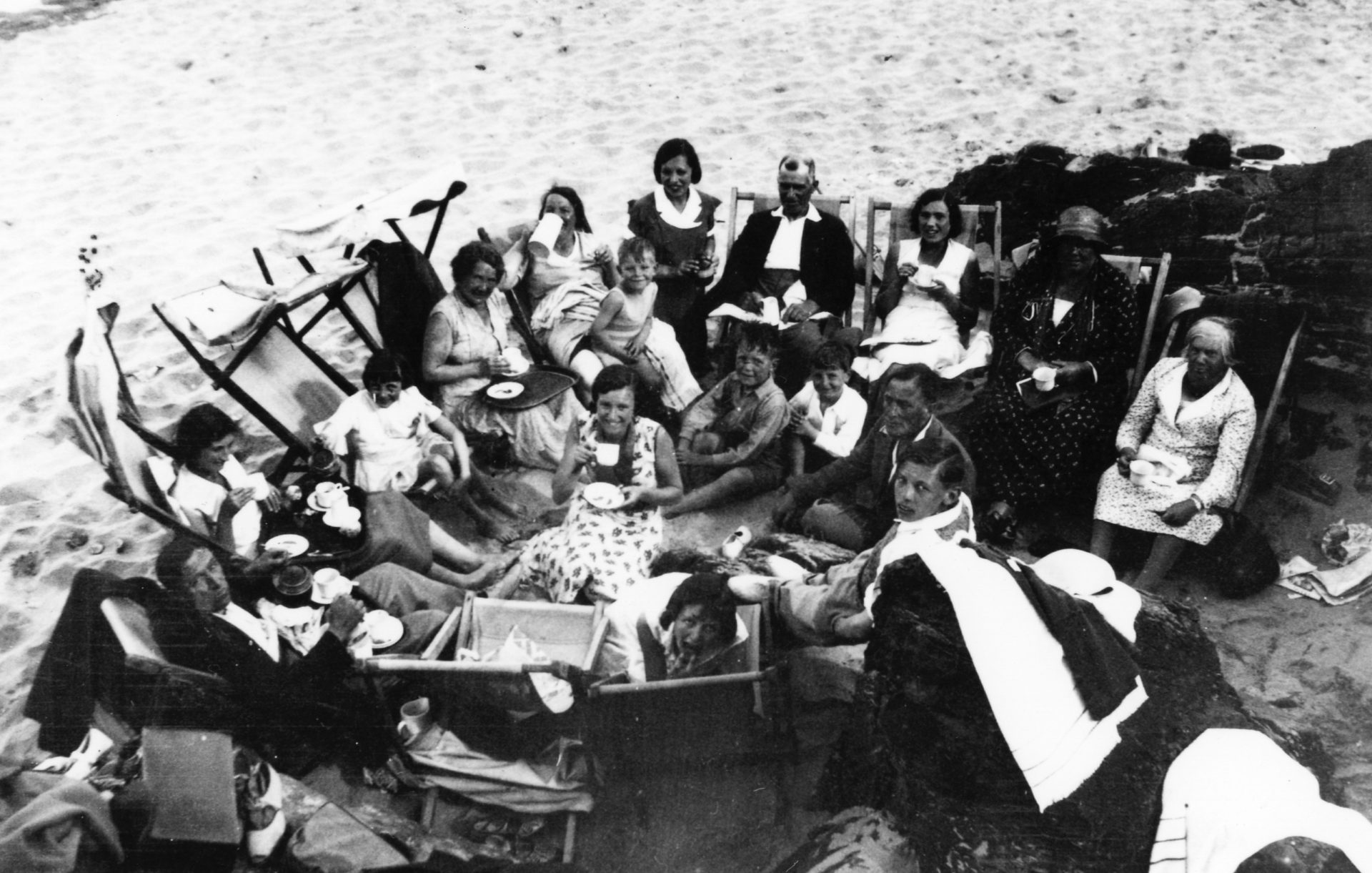 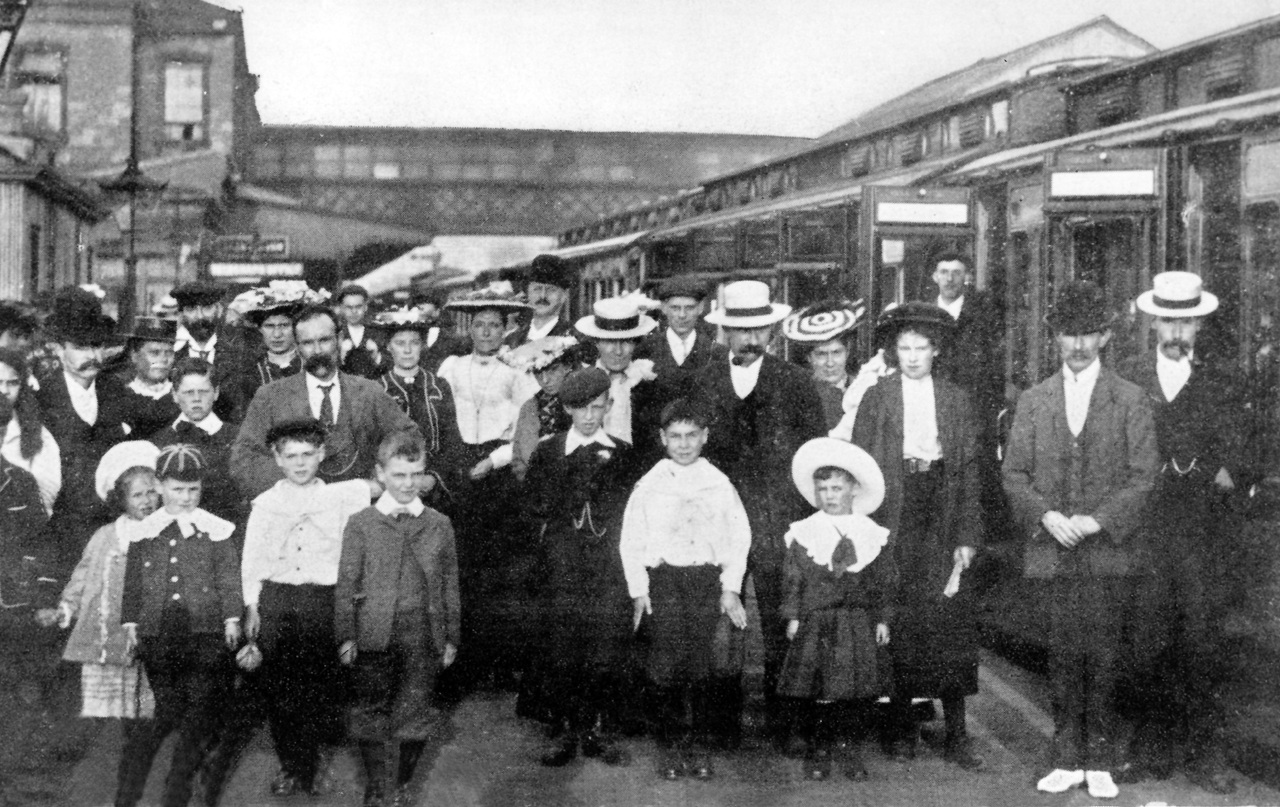 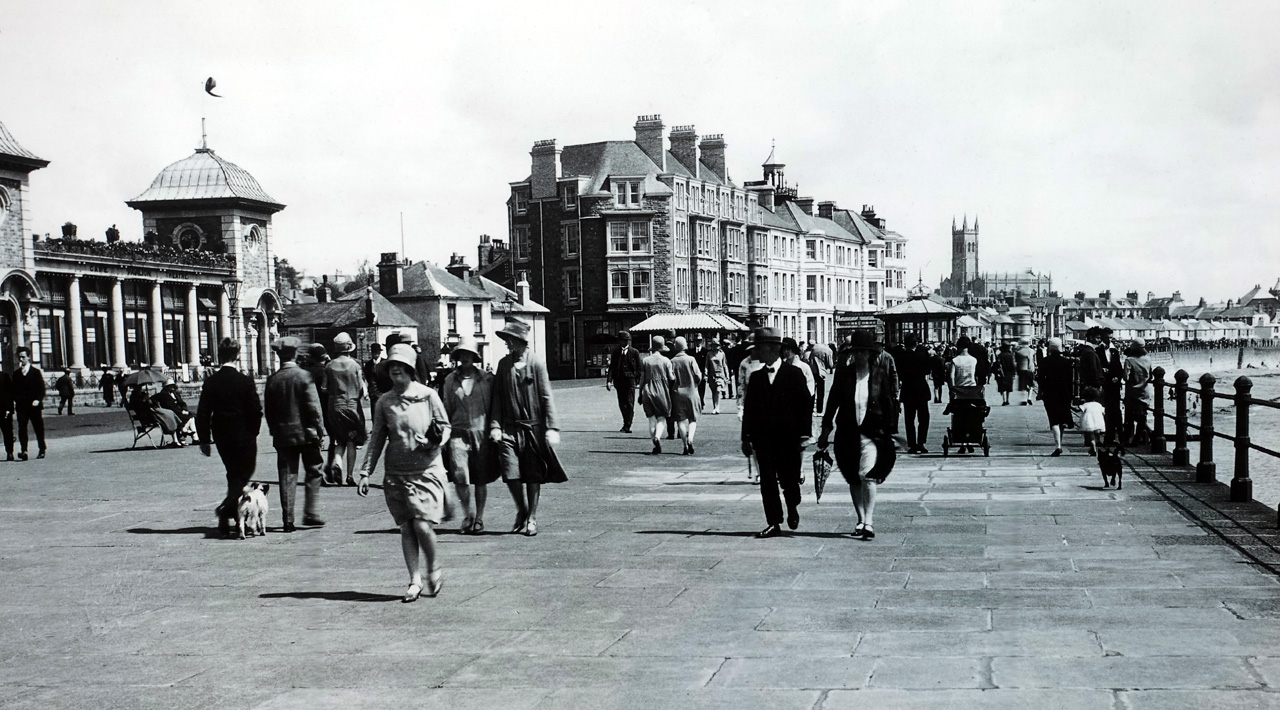 If you were working class before the 1840’s, it was almost unheard of to travel outside the town you were born in. That was when the railways grew, and even then it was mostly only goods that travelled by train. The earliest open carriages were bone-chilling experiences, in every sense!

From 1849, the Great Western Railway began giving a free one-day train journey to all Institution members and their families each year. This soon became one week of (unpaid) holiday.

As more and more travellers joined this custom – one that would come to be affectionately known as ‘Trip’ – the number of trains and destinations grew. Was it Weymouth or Weston or… Where… this year? And for one summer week, New Swindon would become a ghost town, as nearly everyone who lived here trundled off on holiday together.