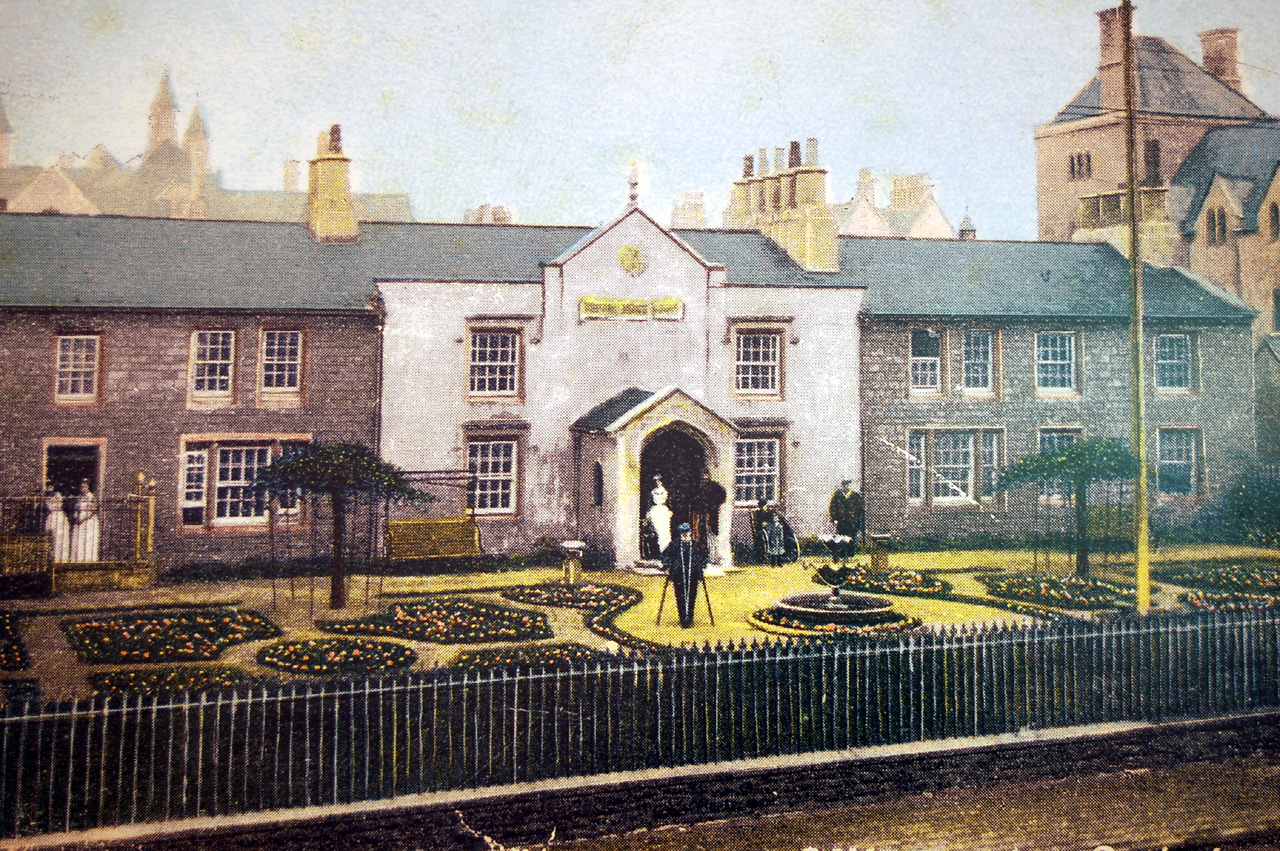 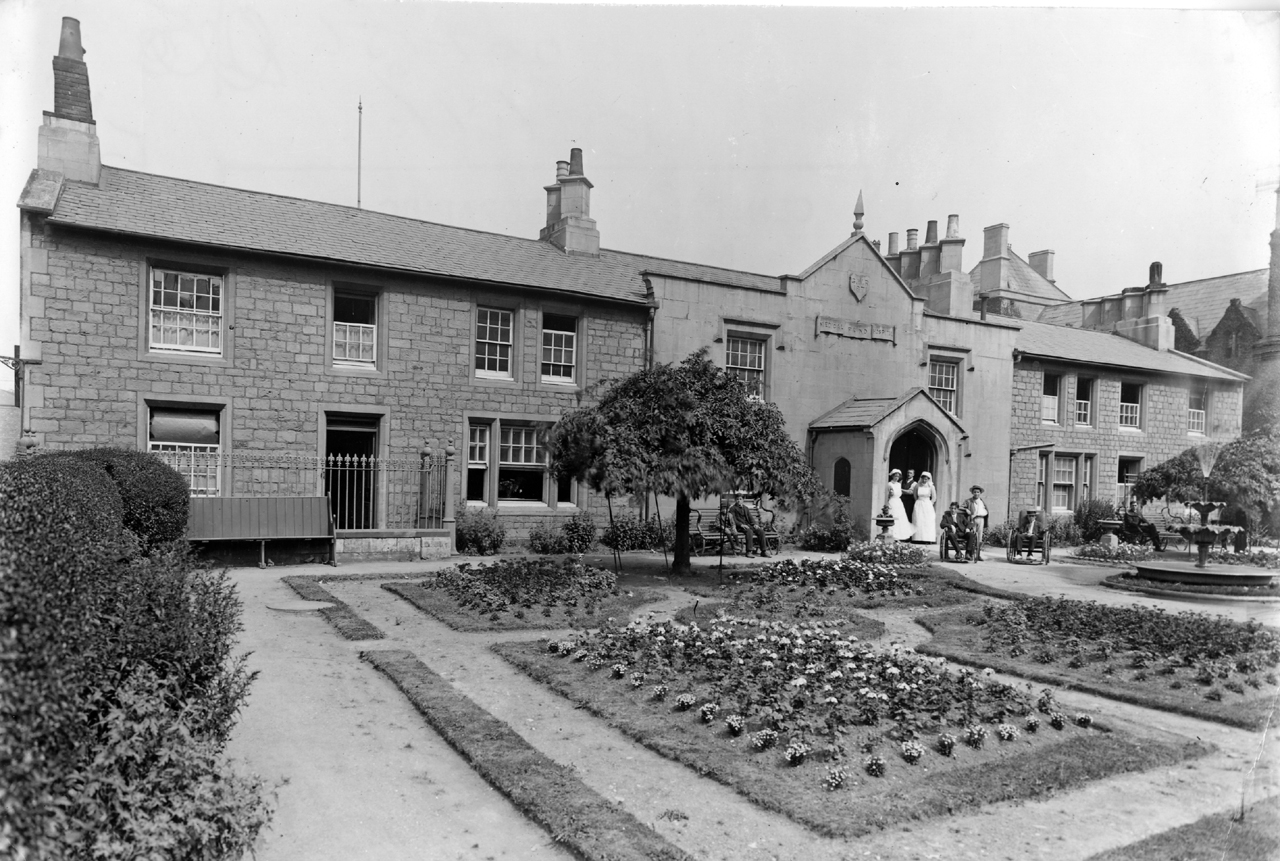 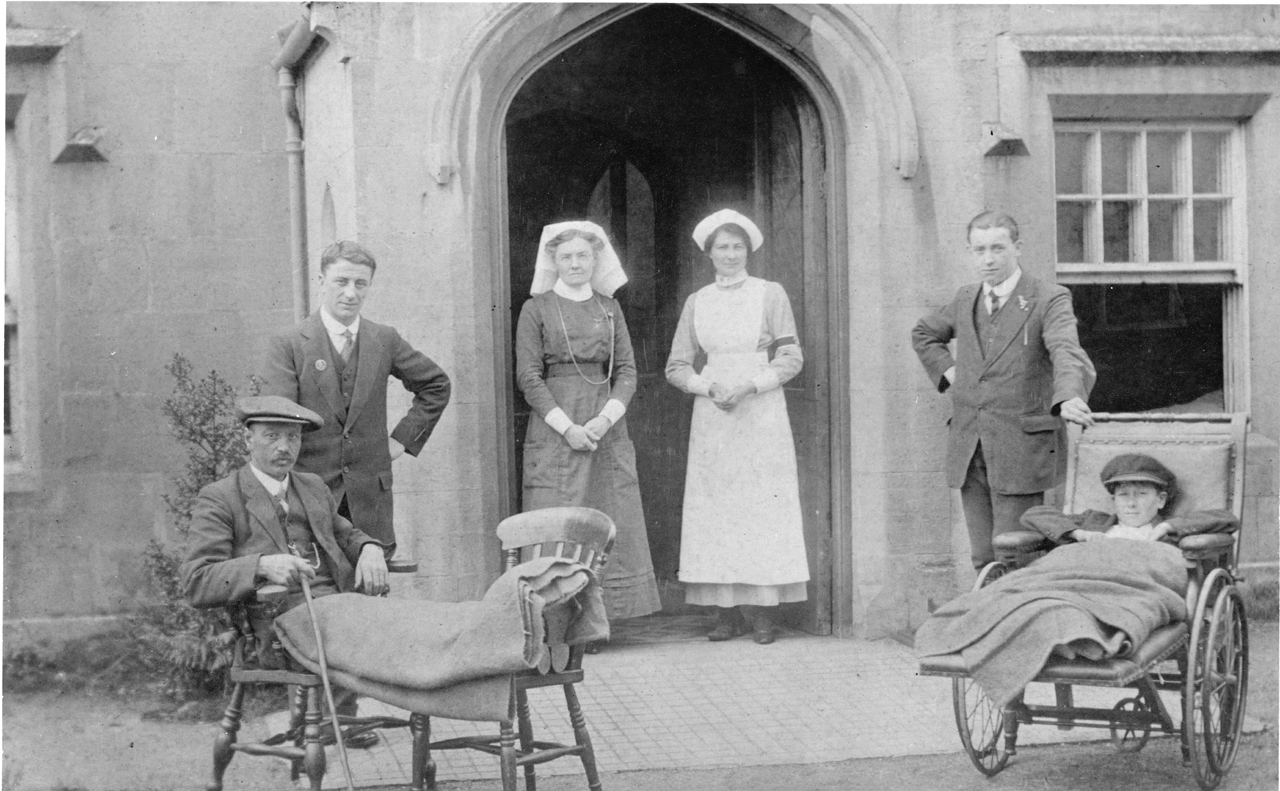 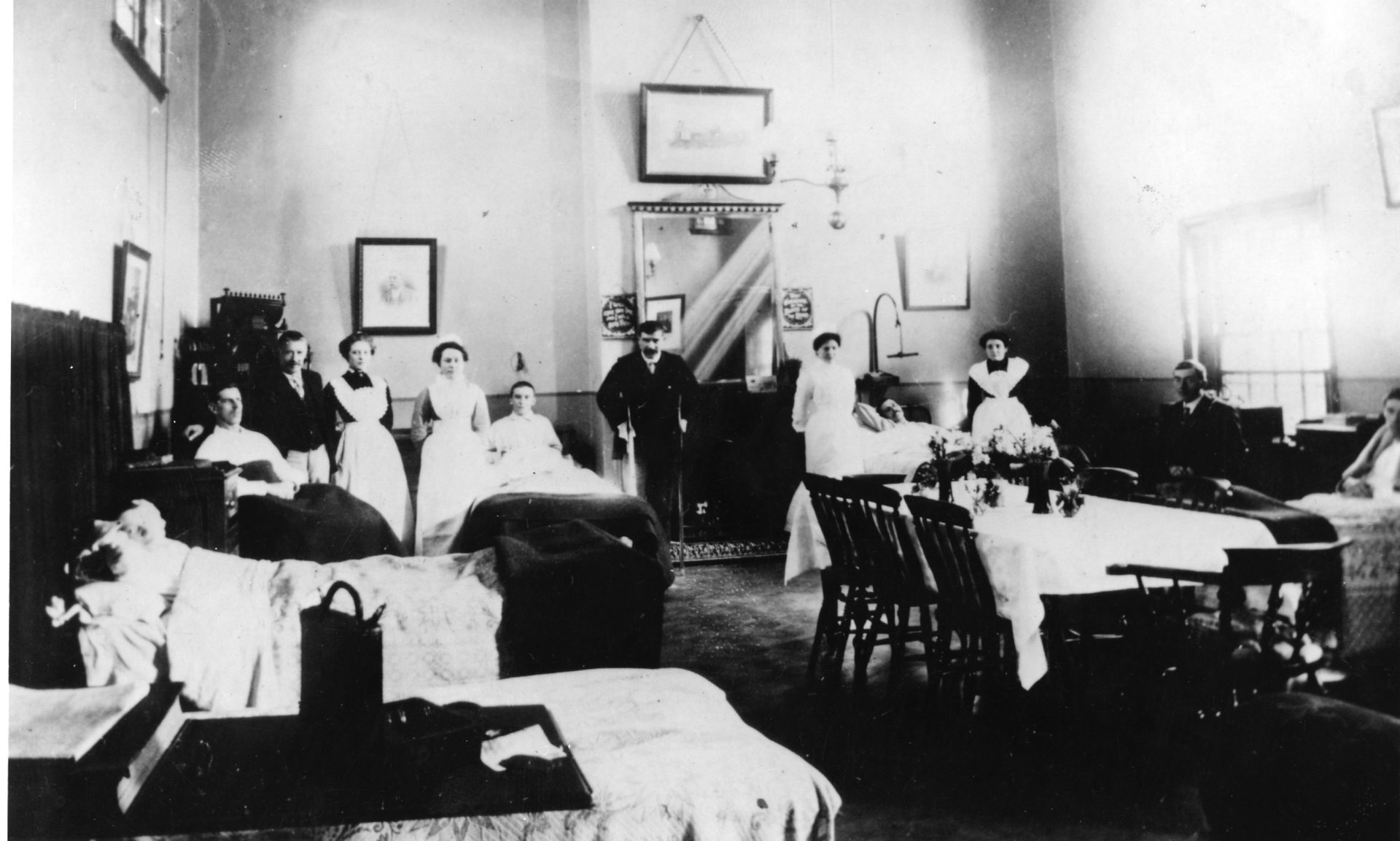 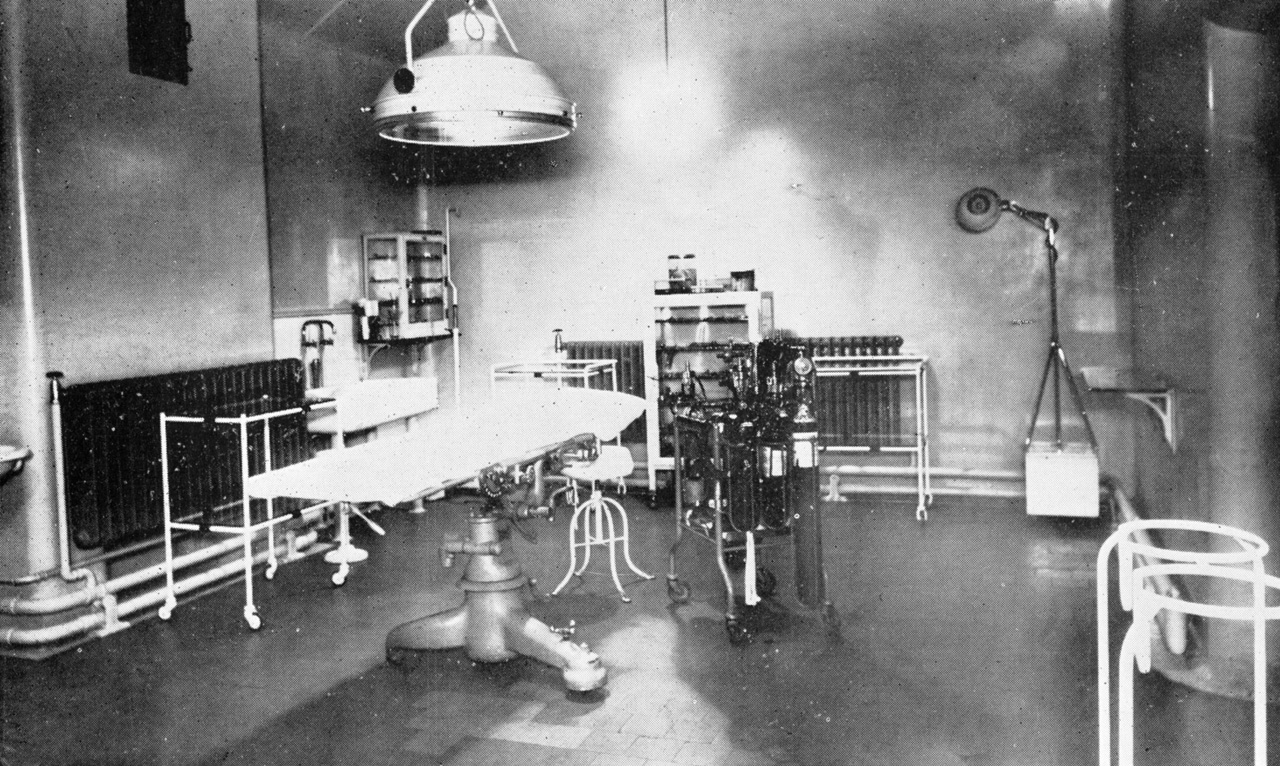 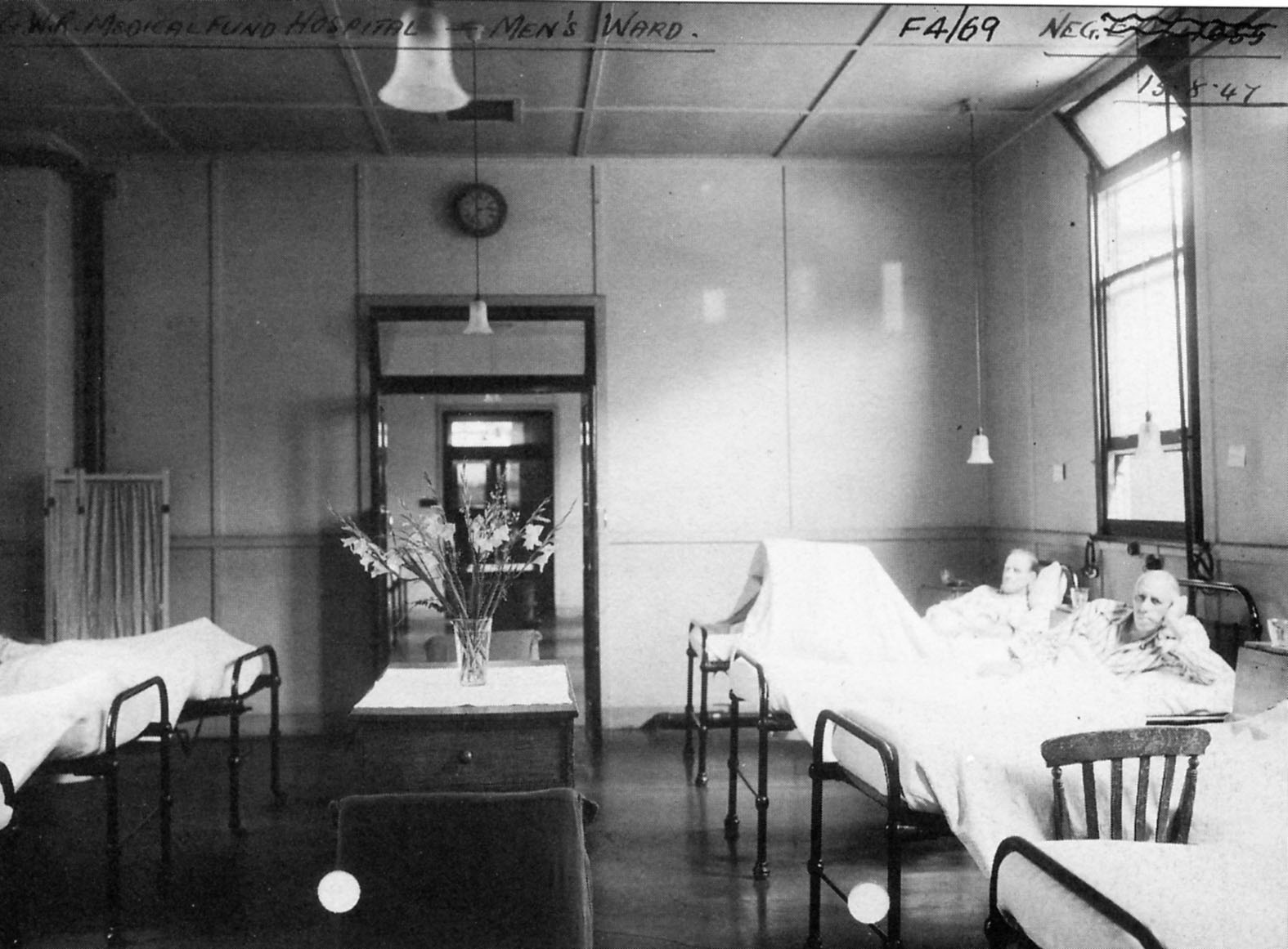 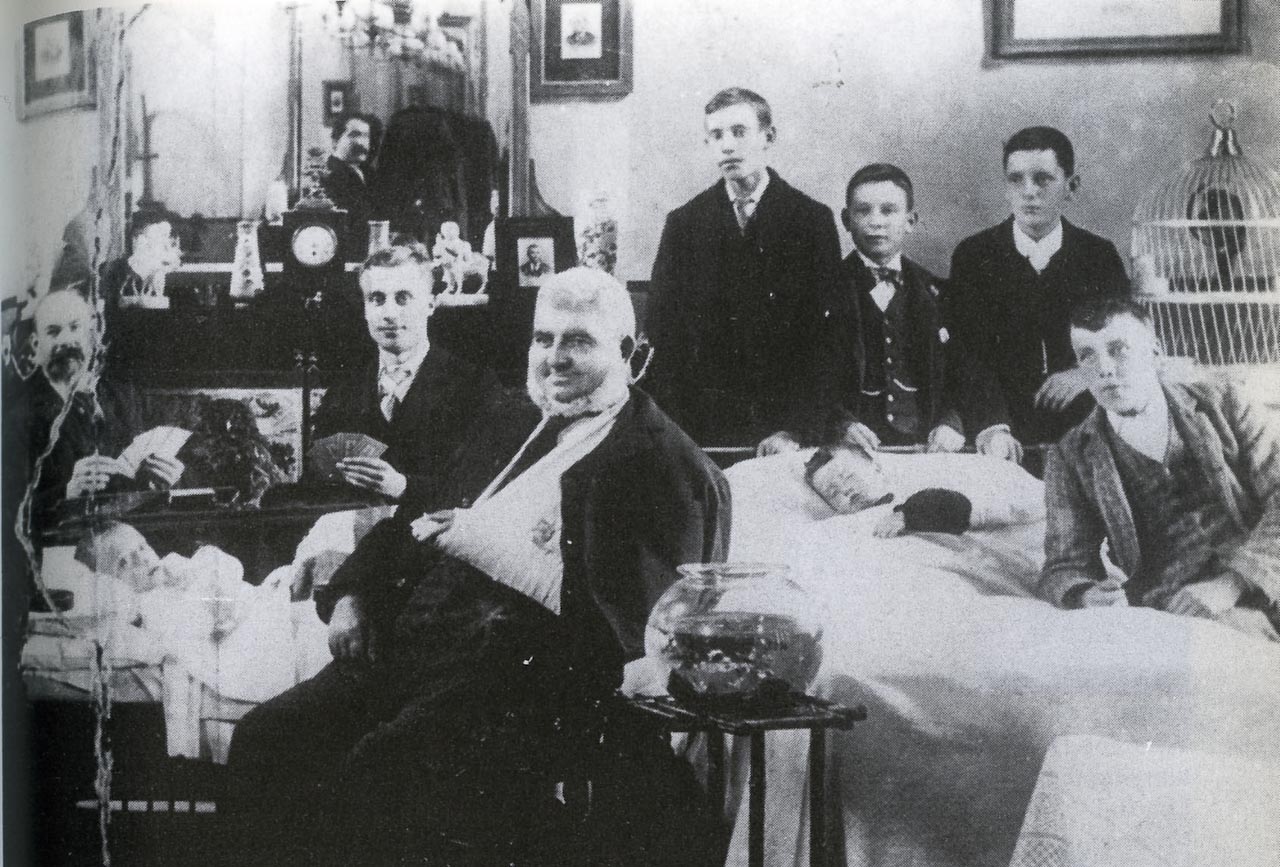 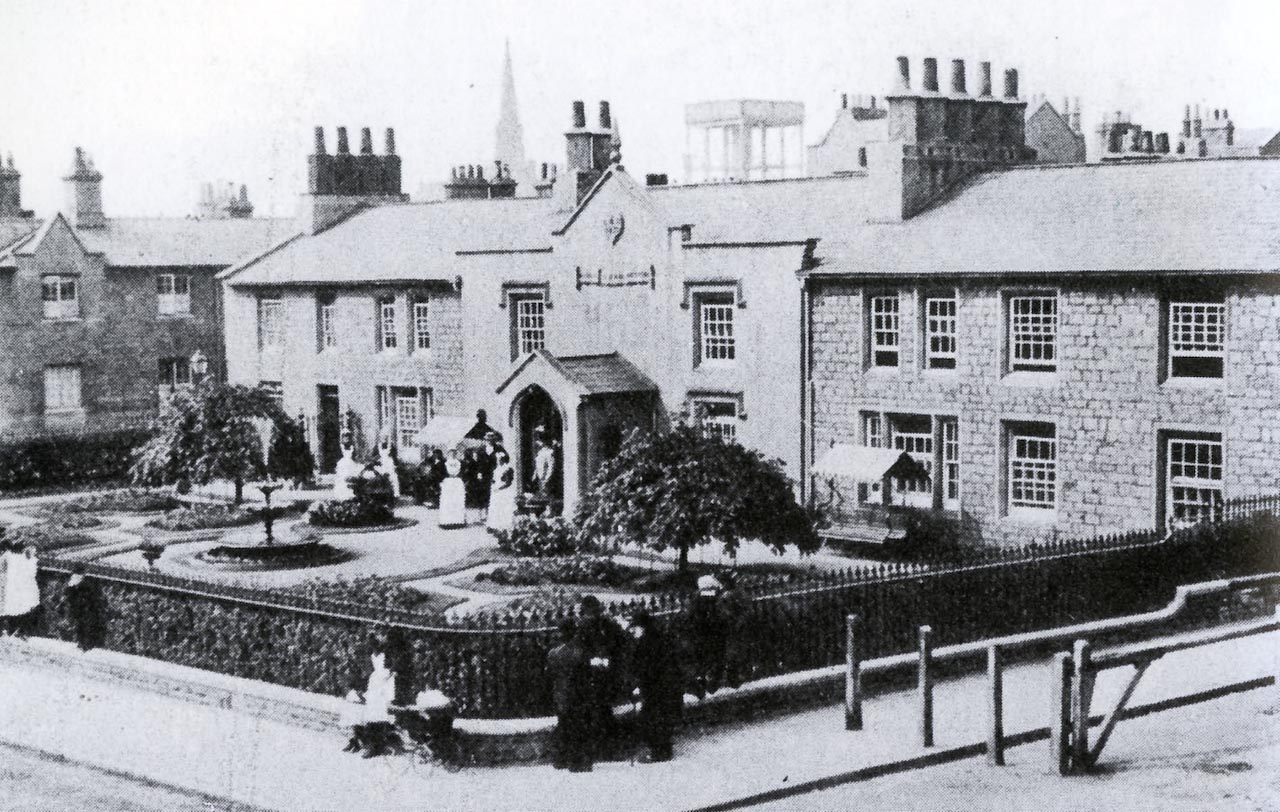 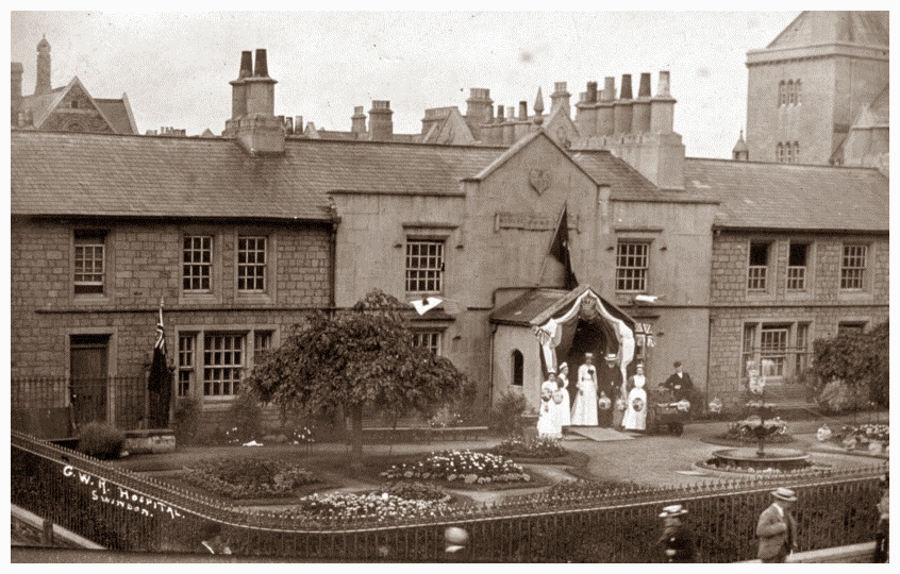 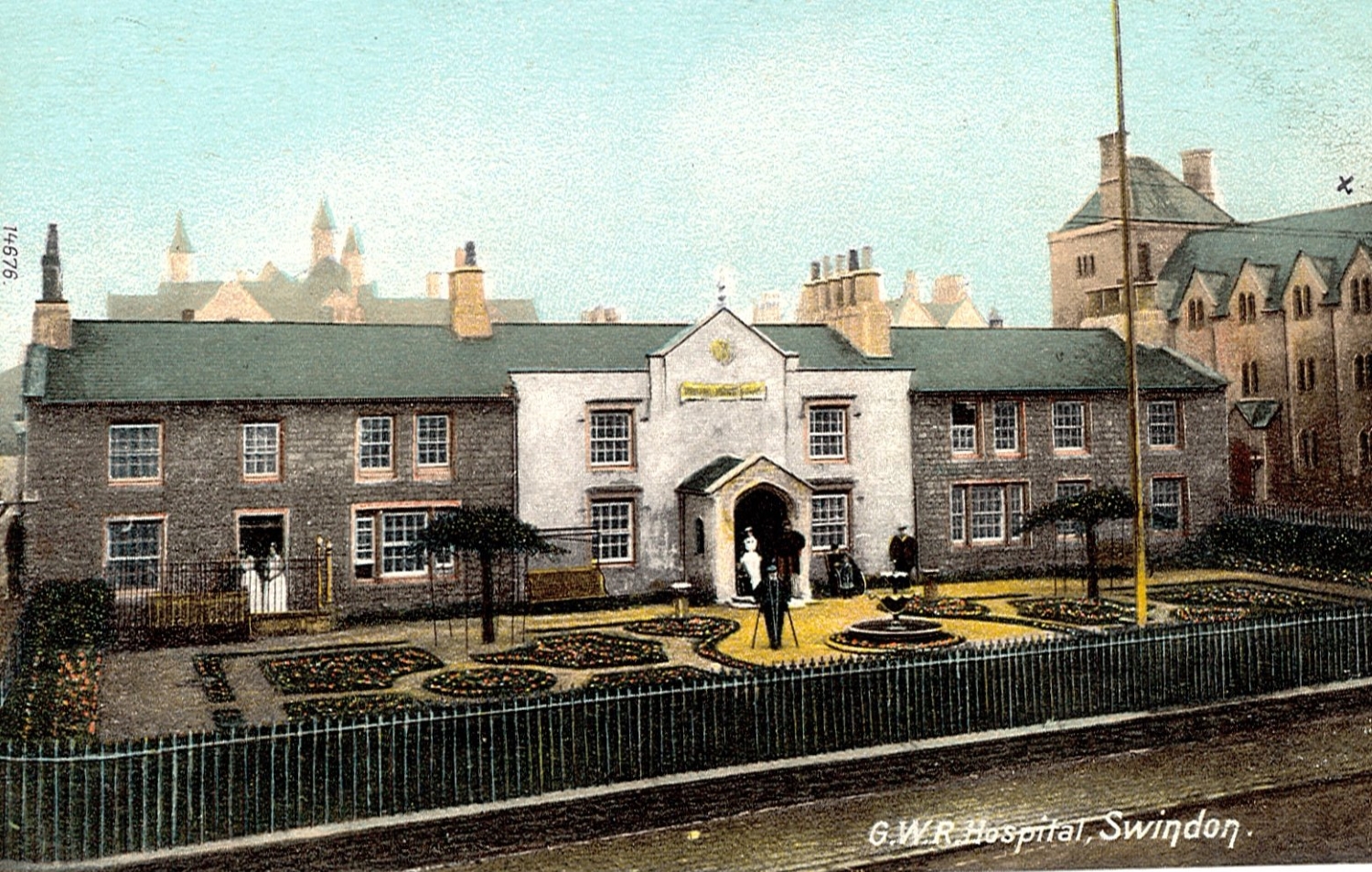 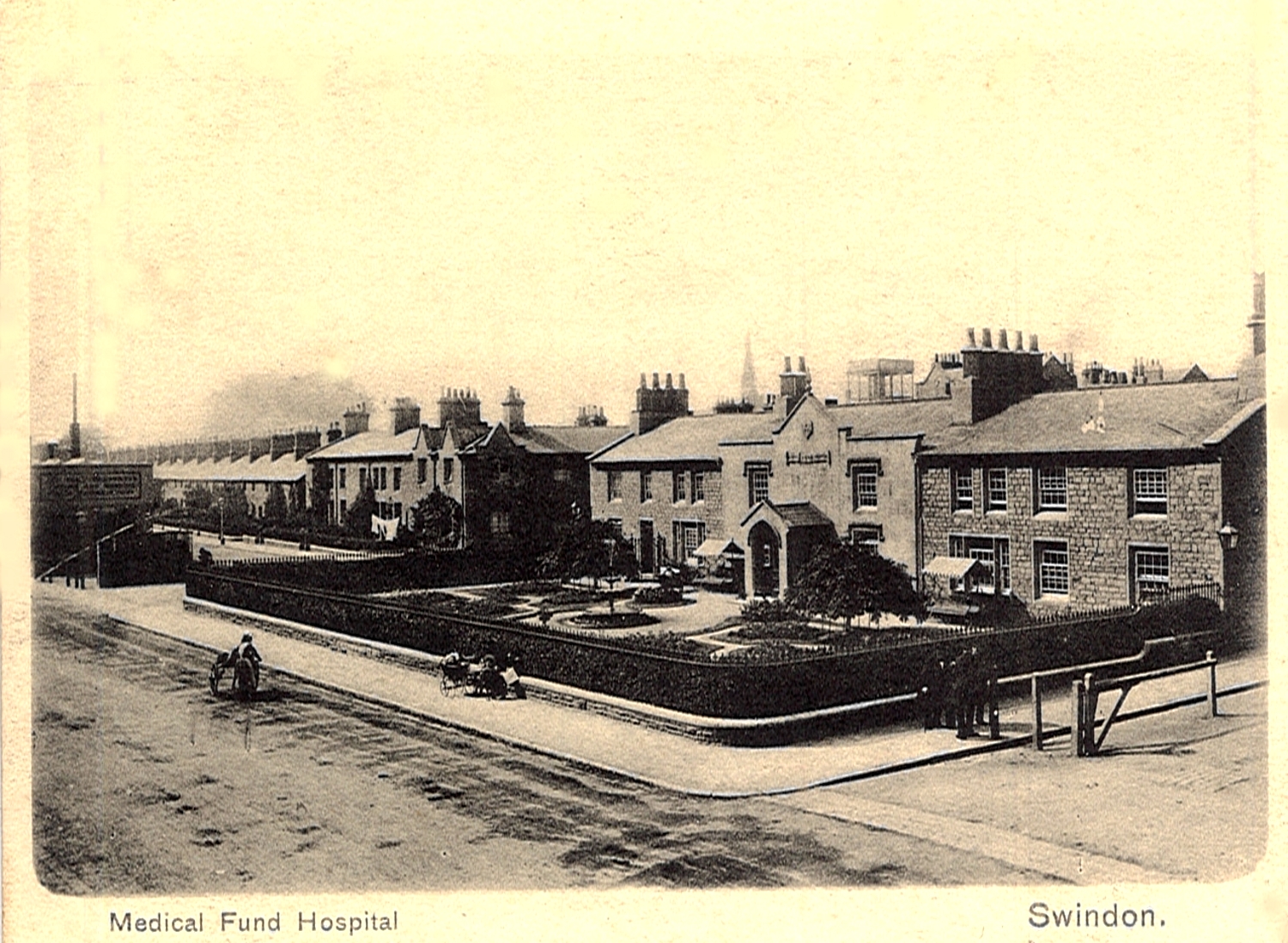 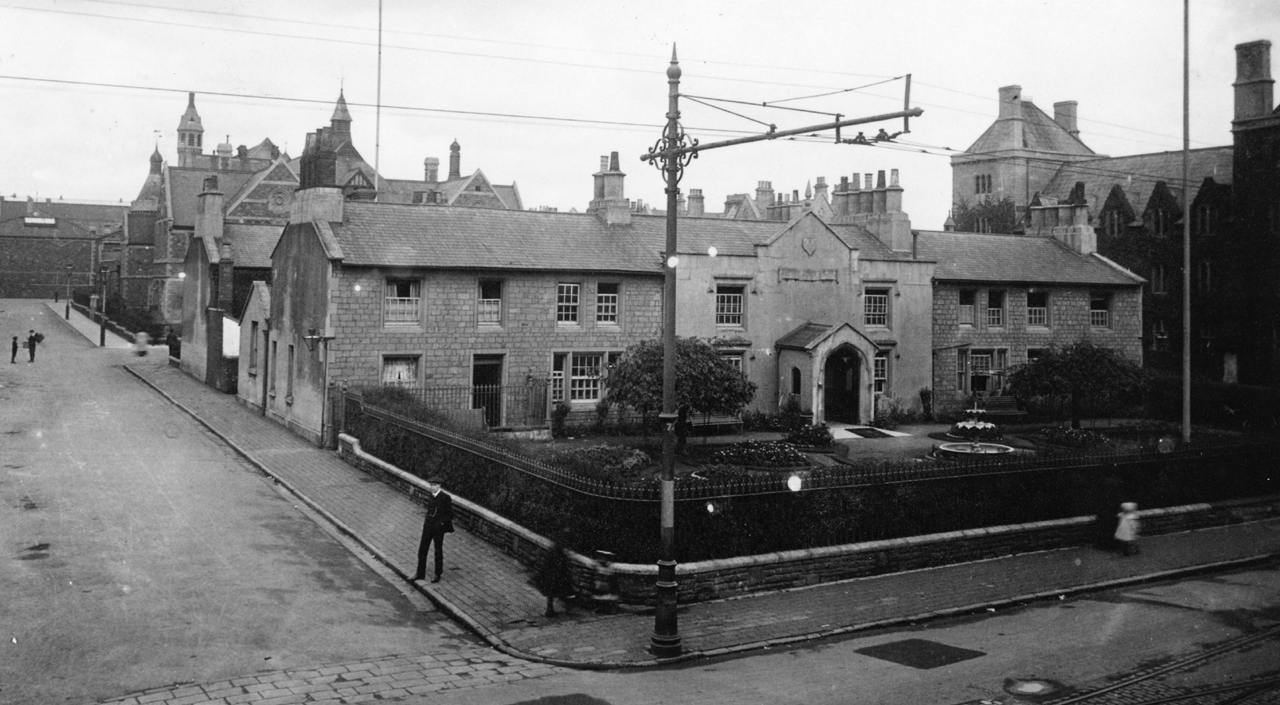 In 1871 one of England’s finest writers, George Eliot, published her novel ‘Middlemarch’.  One of the themes in that book is the effort to establish a ‘cottage hospital’ in a rural town. In that same year, Swindon’s Medical Fund Society opened its own ‘cottage hospital’ in Faringdon Road! This was an accident and emergency facility to receive injured workers, who frequently suffered serious accidents.

With a new carriage works being opened, and a new wave of workers arriving in Swindon, the initiative was again supported by Daniel Gooch who gave £1000 of his own money to endow the hospital, with a similar amount being raised by a rise in the members’ weekly deductions.

The GWR paid £132 for the conversion of the 1862 armoury and drill hall to hold 5 beds, an operating theatre and morgue, with an adjoining cottage being occupied by a dispensary and consulting room. The drill hall was re-located to the northwest corner of the Cricket Ground, where today the Army Reserves Centre stands.

The last line of Middlemarch, could be said of Swindon’s Medical Fund Society: “The growing good of the world, is partly dependant on unhistoric acts: and that things are not so ill with you and me as they might have been, is half owing to the number who lived faithfully a hidden life and rest in unvisited graves.”